With Sakura defeated and facing certain death, more reinforcements step into the fray. However, they sense an even bigger level of power, and its not coming from the sound trio! Meanwhile Sasuke wakes up with an ominous dark aura surrounding him and the mysterious seal spreading over his body. He has but one goal….make his enemies pay! 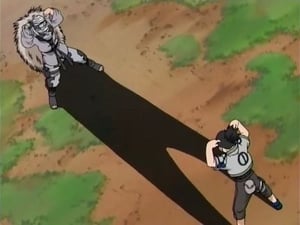